To begin fuzzing you will need a rom file, and a sample input file. For sample inputs see TasVids.

nesfuzz uses the same input to see novel RAM configurations and search the possible input space. It will also tile 28 (by default), windows to allow you to see the fuzzing happen. 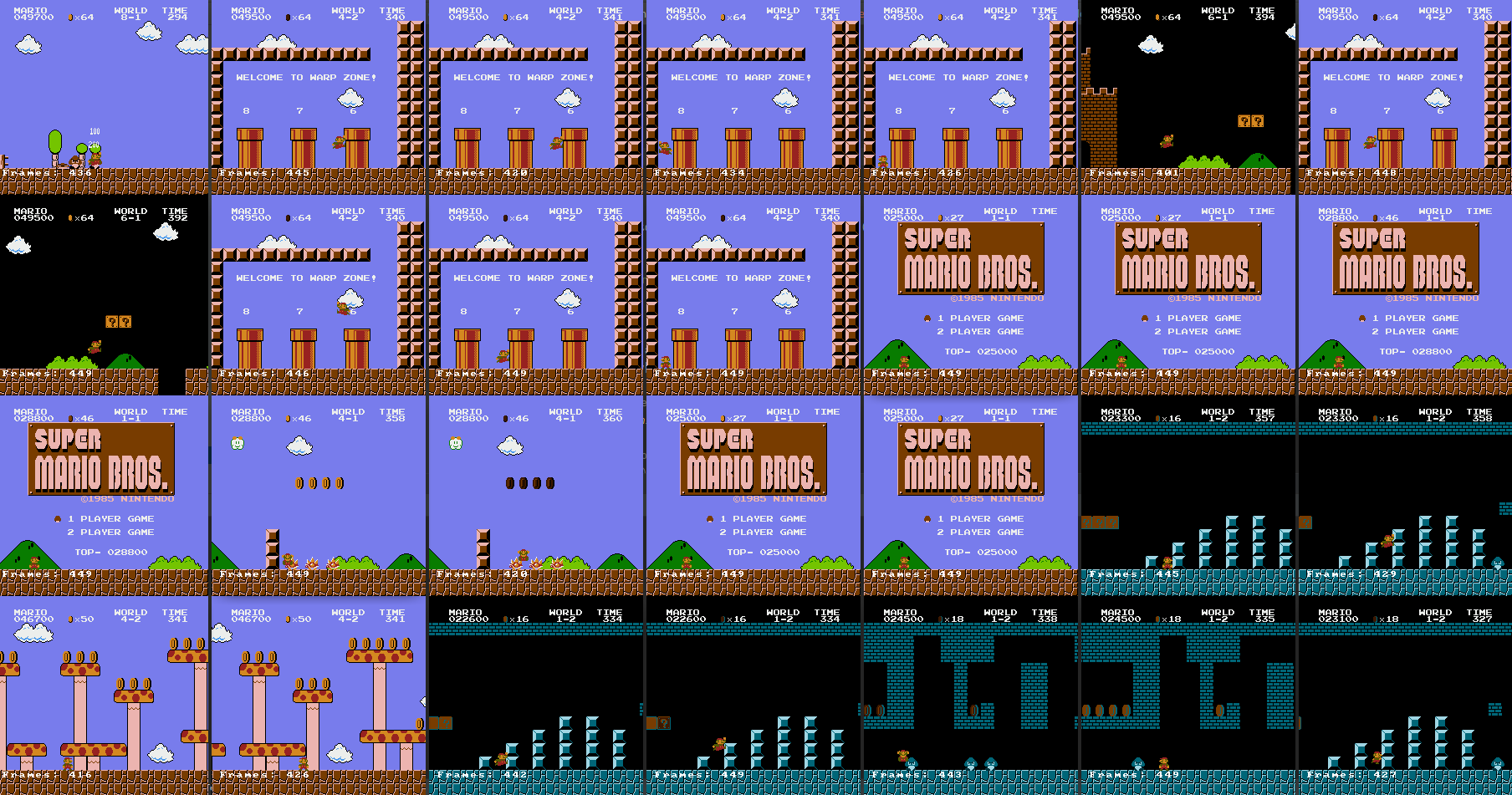 Found at the top of main.rs a few parameters control the types and effectiveness of fuzzing.

The only game that really works as expected is Super Mario Bros. with the happylee-supermariobros,warped.fm2 input. This is probably because of issues in the underlying emulator / differences in the expected behaviour of the system the tas inputs are produced for v.s. the emulator.

Other games like Legend of Zelda, Megaman, Super Mario Bros. 3, Final Fantasy II etc. will run, but I have had any tas inputs from them quickly become out of sync with the actual gameplay. Further research is needed to as to why that is. Help appreciated.